Is the Silicon Valley Taking Over the Auto Industry? Exploring the Facts 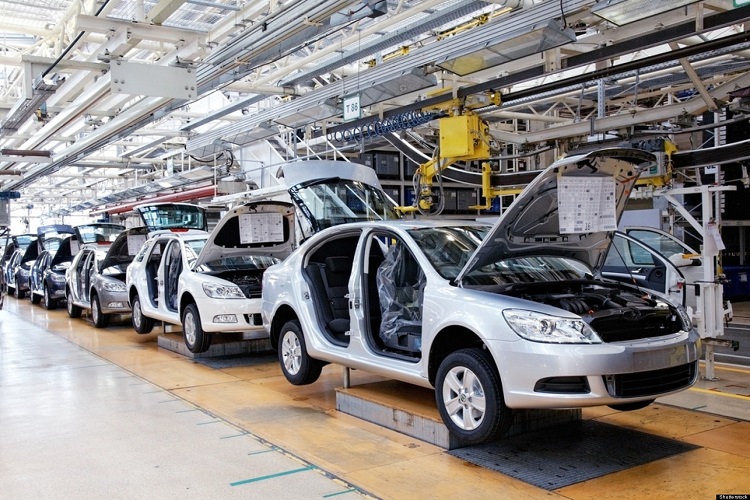 The most authentic and reliable sources confirm that Apple is ready to contribute in developing tech-savvy autonomous cars. The management of Apple is not confirming that they are planning to launch an Apple-designed car, but rumors are everywhere that they have a plan to do so in the near future.

The first confirmation about this project came from the CEO last year. During an interview, he named  “the mother of all projects” to the project of autonomous cars. He considered this project the most difficult one in Apple’s history. According to Tim Cook, the CEO of Apple, they are permitted by the government to test three autonomous Lexus SUVs on California roads.

Interestingly, the rumor is in the market about Apple’s internal project of autonomous vehicles named Titan. Under this banner, Apple has been working on Apple-designed car for some years, according to the speculations and the management does not deny it clearly in front of the media.

How is Silicon Valley, affecting the Auto Industry?

However, we are not here to discuss the plans of Apple for the auto industry. We need to observe the impact of autonomous car tech in Silicon Valley. Apple is not the first name of Silicon Valley, who have jumped into the self-driving auto industry. Google, Uber, and Tesla are also in the same industry for many years.

All these Silicon Valley-based organizations are investing a lot in self-driving cars. They are recruiting the world’s best engineers from all over the world to figure out this new vehicle to verify the success at different levels. The IT companies in Silicon Valley have been contributing a lot to the car manufacturing firms in introducing new technology for many years. The auto industry has been flourishing at a rapid speed for many years. The introduction of the autonomous cars will multiply the speed of growth because the customers find the vehicles more attractive and valuable for them.

The higher stakes are involved in the auto industry

Apple struggled a lot before entering into this industry. It was the reason that forced them to deny it for a while. It was the end of 2016 when Apple revisited their strategy and planned properly to create a tech platform instead of designing new cars. For that, they decided to lay off many employees and shut down some parts of their self-driving car project.

In the initial stages, the auto industry is difficult to handle due to the higher stakes. We can observe that the fight of patent rights is already in the market and lawsuits have been increasing against the tech components for many years in this industry.

The auto industry and Silicon Valley are converging

Since 2015, the incorporation between the two giants of their fields has been increasing at a good speed. Who are they? Well, the IT firms of Silicon Valley and car manufacturers from all over the world are the under-discussion giants. They are collaborating in autonomous car manufacturing. They are also partnering with each other, investing a lot to get something extraordinary and improve business opportunities.

How will Silicon Valley take over the auto industry?

Well, it is quite an amazing question. Let’s discuss it in details.

As we all know, technology has become an integral part of all the vehicles around us. The auto experts are expecting that the autonomous cars are not far away from us. Even, if it is too early to expect, we can see that our vehicles use many tech components that cannot work with a computer. To understand the issue, you need to connect the automobile with the computer. It will help you understand the issue and resolve it accordingly.

Due to this tech environment, it becomes necessary to have IT experts in car manufacturing firms. Another important aspect is that many large IT companies own these components and therefore, have stakes in the vehicles. With the introduction of the concept of self-driving cars, the IT companies think if they are controlling all the functionalities of an autonomous car, then, why should they not come into this industry?

The management of car components through IT companies will increase their importance for car owners. It means that the stakes of IT firms will increase in the auto industry. These stakes will be the opportunity for the IT firms. They will become prominent because the maintenance will be their responsibility if the car owner finds an issue with his vehicle. Realistically, it will make the situation miserable for the car manufacturing firms. Therefore, they need to strategize themselves well before the launching of autonomous cars.

Overall, the autonomous cars will change the whole concept of driving as everything in the car will be monitored through technology. You will enjoy driving without touching your steering wheel. If you find any functionality issue while using an autonomous vehicle, you will ask your car doctor. But if he says that you need to go to those mechanics, which have computers, you will get to know that Silicon Valley has taken over the auto industry.

I am working as senior editor & report’s Analyst. Currently, I am working with the general car insurance. I have a strong knowledge of business intelligence, management. I am active, appreciated on several forums, blogs. I can convince readers through creative skills.

How To Choose A PCB Design Software Package