The screen technology of upcoming LG G7 is excellent 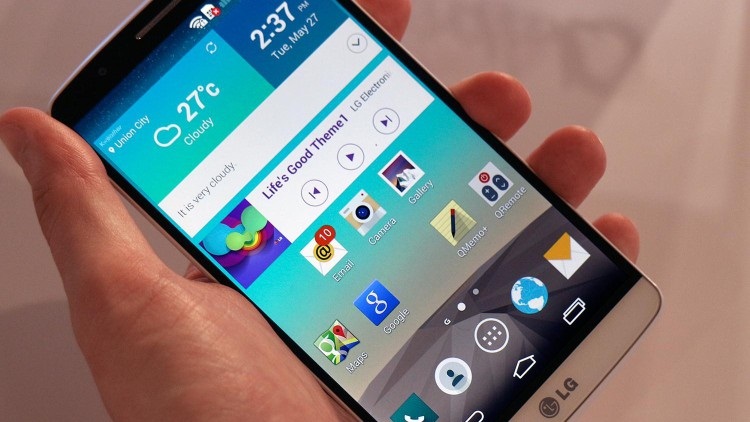 [td_block_video_youtube playlist_title=”” playlist_yt=”” playlist_auto_play=”0″]Before we move on to the specifications of our hero LG G7, I would like to make a subjective and biased a little excursion into the history of a series of flagship smartphones G. After a remarkable model in 2014, LG G3 (the first smartphone in the world with Quad-HD display, laser autofocus and amazing for 2014 camera), in 2015, LG was surprised by the original back cover of the skin. LG G4 was really bright, original and stood out against the background of many similar competitors. Let’s see how many more excitement LG will bring with the release of its upcoming hero LG G7.

Firstly, it has a non-standard aspect ratio of 2: 1 (18: 9), which allows you to specify the characteristics of greater diagonal with a smaller width, and second non-standard resolution 2880 x 1440 (instead of 2560 X 1440), third cut angles that repeat sections of the hull and fourth screen is about 80% of the entire area of the front side of the smartphone due to the narrow limits around the display. The upcoming LG G7 is also anticipated to come up with the same aspect ratio 2:1 with a beautiful bendable screen.

The aspect ratio and resolution

LG G6 has faced very little problems with this aspect ratio. More or less modern applications can change the aspect ratio of the displayed image with the help of carefully built LG functions. On the turquoise circle appears on the screen that lets you select the compatibility mode. That is, in the worst case, the image will be with the fields on either side. Hope, LG could able to maintain all the shortcomings coming in the way of the design concept of G7 model with its new innovative strategies.

Problems arise only when, for some reason, the program cannot be scaled and displays video from the predetermined “hard” fields. For example, in some YouTube videos, prepared to the format of 16: 9 will be displayed with the fields around the whole picture and fix it until it is impossible. According to an industry insider, LG G7 with its highly optimized design will not let you face any sort of problem regarding the screen resolution and the aspect ratio.

Cut corners and a border around the display

IPS panel in the LG G6 has a small cut angle, which in terms of design is fully justified, since repeat rounded body. However, there is an interesting point: The fact that the radius of curvature of the screen is not too closely follows the radius of the black bezel. This is due to the fact that the construction of such a curve anyway uses square pixels, which do not allow making as smooth roundness, which requires design. And it is noticeable to the naked eye, but only if you specifically look Rumors suggest that the upcoming beast LG G7 will be fabricated with a 2.5 D glass giving the smartphone a wow look.

Became known characteristics and prices of the smartphone Google Pixel 2