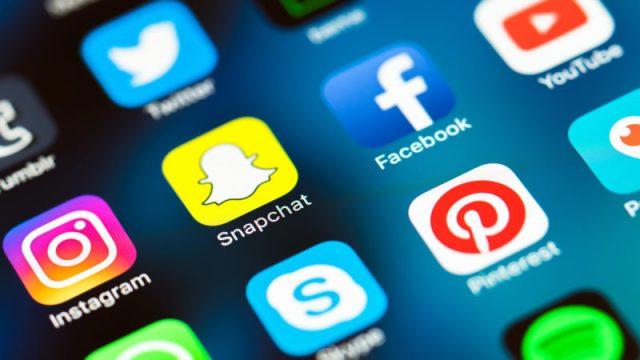 Instagram, Snapchat, and YouTube are three of the most popular online video platforms amount teens ageing 10 to 17 years old. At least 90% of teens have access to mobile phones, and 40% have access to the Internet and continuously logs in to the social media.

Until recently, the social networking site Facebook had dominated the social media scene not only in America but all over the world. But the landscape is starting to change with the surging online popularity of social media platforms like Instagram, YouTube, and Snapchat.

According to recent surveys conducted by Pew Research Center, at least half of the teens ageing 13 to 17 in the United States uses Facebook, lower than the shares who uses Instagram, YouTube, or Snapchat. The shift in American teens’ use of social media is just one example of how the landscape for teens has evolved since the PEC or the Pew Research Center’s last survey of how young people uses technology in 2018 to 2019.

Most notably, the use of smartphones is becoming almost an everyday element of the teen’s life. At least 90% of teens ageing 12 to 17 years old have owned or at least have access to smartphones. These connections are in turn encouraging a more persistent social media activity. Almost 45% of young people now say that they are always online checking or browsing their social media accounts.

The survey also shows that there is no clear unanimity among teenagers about how social media can affect their lives today. At least 30% of teens think that social media has a positive effect on their lives, 24% think it is having an adverse impact, and 45% say that it is not affecting them positively or negatively. If you want to know more about the risk of social media in teens, you can visit www.HHS.gov.

The social media landscape where teens spend the majority of their time looks different than it did 3 to 4 years ago. According to the survey conducted 2014-2015 for teens’ use of social media, more or less 70% of young individuals are using Facebook as their primary social media platform.

There are no other social networking sites that are used teens at that time. Half of them or 52% said that they are using Instagram, while 41% uses Snapchat. In 2018, more or less three digital platforms other than Facebook are used by the majority of young people within the age of 12 to 17 years old, Instagram, Snapchat, and YouTube. Acc

Teens that use Twitter and Tumblr remains the same as it is in the 2014-2015 survey. For the most part, teens tend to use the same platforms regardless of the demographic characteristics, of course, there are still exceptions. Notably, teens belonging to families with lower incomes are more likely to use Facebook than teens from families with higher incomes.

It is important to know that there are some changes in the questionnaire between PEC’s 2014-2015 survey and 2018 surveys on the use of social media by teens. Reddit and YouTube are not included as an option in the previous poll, but were included in the 2018 study.

Not only that, the last survey required the respondents to provide specific responses on whether they use each platform or not, while the latest poll presented the respondents with a list of social media sites that are popular among people nowadays, and let them decide which one they use.

Although it is very clear that the social media landscape today revolves less around one platform compared to the scene 3 or 4 years ago, when it comes to which online platforms teens use the most, at least one-third say that they visit Snapchat or YouTube most often (35% and 32% respectively), and more or less 15% says that they are using Instagram.

By comparison, at least 10% say that they are using Facebook as their primary social media platform, and fewer uses Twitter, Tumblr, or Reddit. Again, teens from families with lower income are more inclined to use Facebook than teens from households with higher income (22% against 4%). If you want to read more about Pew Research Center, click here.

Learn ManyChat Bots and Other Messaging Applications to Grow your Business

What Significance Should SEO Play In Selecting Your Brand Name?